From the original Ariosto’s poem to the present time, to contemporary.
This is the story not only of ill-fated Orlando, who fell in love with Angelica, and got mad, but also the story of the Christian armies that risk to lose France without the help of their brave hero; and then, the story of Orlando’ s lost wisdom, recovered by Astolfo on the Moon and rendered to the owner, letting him take his place in ranking again.

Though videos we move the audience to the heart of the tale where Orlando, lost, furious, mad wander about an apocalyptic scenery hunting for his sense.
Videos and images are used to create surreal atmosphere, leaving an astonished audience rapt with scenes about distant wars, past or contemporary conflicts… Images revise as present reportage.
Comic theatrical scenes are opposed to the savage, and sometimes cruel, ones proposed by videos: this contrast influenced deeply the entire show. 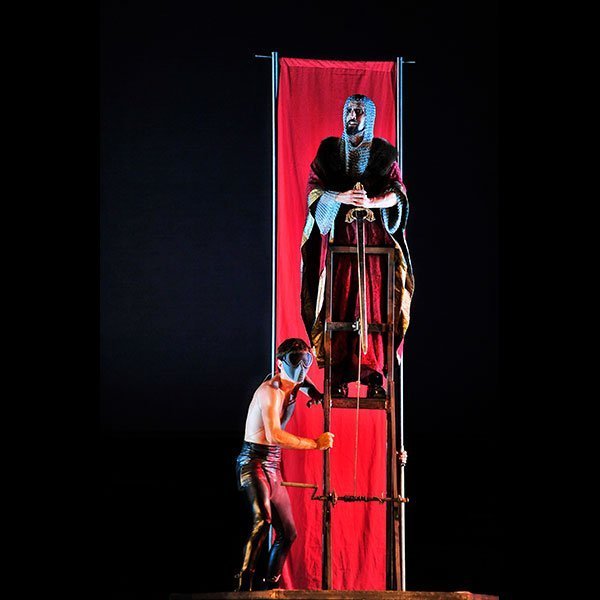 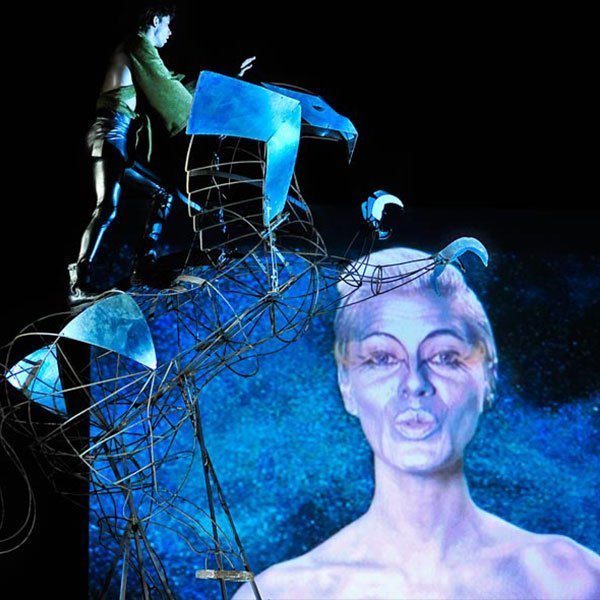 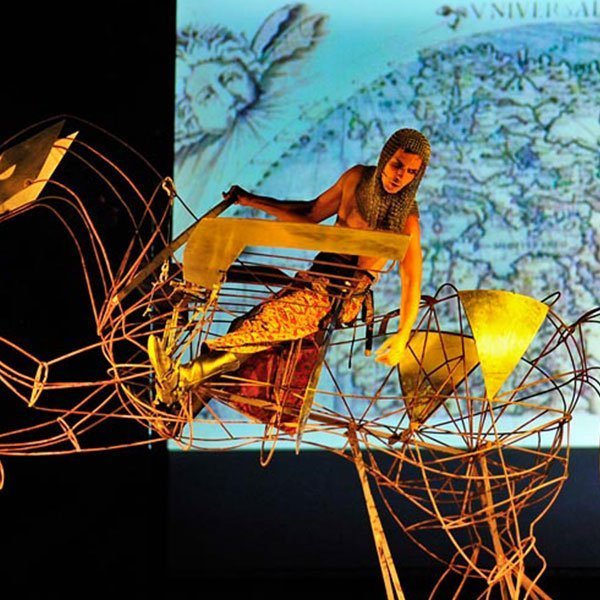