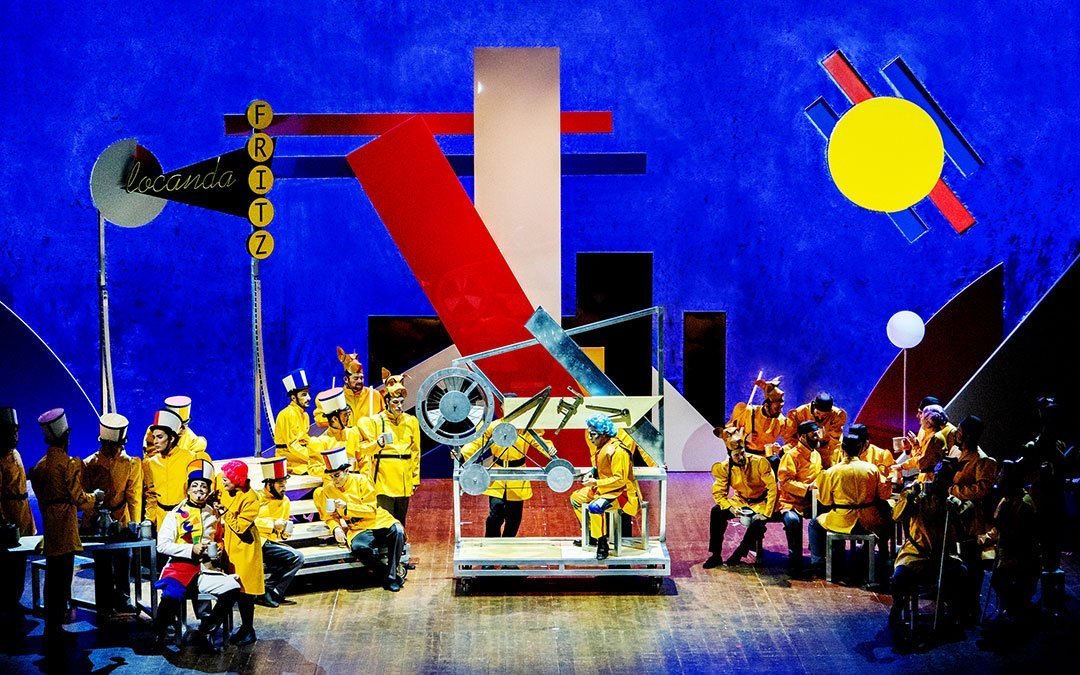 ONDADURTO TEATRO’s Debut in the World of OPERA!

Check out the photo gallery for “Pietro il Grande”.

On the 15th of November 2019, ONDADURTO TEATRO made its debut in the world of Opera in a production by the Donizetti Theatre Foundation in Bergamo (Italy) for an international premiere that took place during the 5th edition of the Donizetti Opera Festival, directed by Francesco Micheli.

“Pietro il Grande, Kzar delle Russie” (Peter the Great, Czar of Russia) premiered in Venice in 1819. Since then, it has almost never been staged. On the occasion of its 200th anniversary, a new production of this rare comic Opera was debuted internationally at Bergamo for the #donizetti200 project.

ONDADURTO TEATRO, which was entrusted with the mise-en-scène of this opera buffa (comic Opera), created an unconventional and alluring rendition, which featured a combination of different disciplines, lavish costumes designed by K.B. Project and stage machinery.

In order to create images that would not only be a reproduction of reality, but that could transmit its essence, inspiration was taken from the Russian artistic avant-garde of the early 20th century. The scenery and costumes are, therefore, the result of research that focused on basic geometric shapes, such as circles, squares, lines and rectangles, painted in a specific range of colours.

During its run, “Pietro il Grande, Kzar delle Russie” was welcomed with positive reviews and reactions from the audience.

Here’s what the critics have to say…

“[…] the staging is brilliant, designed by the Italian theatre company, Ondadurto Teatro, directed by Marco Paciotti and Lorenzo Pasquali, on their debut in the world of Opera.”

“The kaleidoscopic lighting, the scenery in perpetual motion, the deliberately eccentric costumes and the colour contrasts made a perfect match for the surreal mood of the plot. The result was a highly enjoyable show that was both subtle and comic at the same time.”

“Geometric shapes, circles, squares, lines and angles, polished surfaces, a distinct choice of vivid, sometimes even flashy, colours, projections of kaleidoscopic images which are created and transformed in the non-stop succession of spatial and temporal animations in tempo with the score […]. At the same time, we want to give tribute to [the movements] of the operators who, throughout the show, manoeuvre platforms intended to represent the various places of action. These complementary actions, which are always perfectly carried out, are a testament to the consistency and control of the directors of this complex show.”

“The two directors received a plot […] to put on stage, but instead they gave the audience a fairy tale to dream about.”

“This burlesque drama, which is musically very reminiscent of Rossini, is presented in brightly coloured clothes and, thanks to an audacious performing ensemble, it provides an entertaining evening.

[…] The scenography and costumes look as if Mondrian, Kandinsky and an Italian designer from the 1980s had come together to make an Opera, for the stage elements by Marco Paciotti and Lorenzo Pasquali are so geometrically shaped and, at the same time, so colourful. […] The original and loudly patterned costumes by K.B. Project are a feast for the eyes and they fit wonderfully into the whole concept […].”

“Their theatrical grammar is based on lights, colours, videos, performers and moving machinery, and costumes made of plastic or faux-leather. […] The company transforms and reassembles the stage space by moving metal machinery, built around the character to intensify their characteristics and used to enhance the plot development.”

“[…] a contemporary and most definitely ‘pop’ rendition, with bright colours and the delicate movements of Lorenzo Pasquali and his crew.”

“As emphasised by the directors, the show “reflects the fresco of a timeless humanity”, so one should not be surprised by their desire to highlight the differences between the characters, “fueling the potential owned by each of them in order to give life to a fool’s dance”, which also emerges clearly with reference to the Russian artistic avant-garde and their use of geometry.”

“[…] The company, founded in 2005 by Marco Paciotti and Lorenzo Pasquali, creates its own unique interpretation of Pietro il Grande, Kzar delle Russie, thanks to the synergy between the different disciplines that characterise their theatrical language, the magnificent costumes by K.B. Project and the large machinery on stage – all of which now represents their very distinctive character.”

“[…] the lively and colourful direction of Ondadurto Teatro (a.k.a. Marco Paciotti and Lorenzo Pasquali) gives voice to the sparkling inventiveness of what appears to be a sort of Rossini set in the Po valley.”

“Ondadurto’s style is unmistakable. To create the perfect fairy tale, the two directors have thought of everything, right down to the smallest detail: from directing to screenplay (sic), from lights to make-up and hair. As soon as the curtain opened, we entered an enchanted world where the rules of the real world are not valid. The story twirls around the stage as if performed by dancers; the scenography, reduced to geometric shapes and bright colours – clearly inspired by Malevich’s art – leads us to imagine what is not seen; the lively and moving colours rock our souls; the characters seem to be floating on stage.”

“[…] to produce a three-hour show, a particularly sparkling and witty director is needed, so it was an excellent choice to entrust the staging to the Ondadurto Teatro company, led by Marco Paciotti and Lorenzo Pasquali […].”

“The final applause, coming from the crowded theatre, is a testament to the success of this excellent production […].”

“The company, led by Marco Paciotti and Lorenzo Pasquali, gives life to an interpretation of this Opera by Donizetti from 1819, characterised by a combination of different disciplines, costumes designed by K.B. Project and large stage machinery.”

“The enthusiasm shown by the audience confirms the impression of having stumbled upon a small masterpiece of stylistic harmony. […] The show by Marco Paciotti and Lorenzo Pasquali – directors of the Ondadurto Teatro company – is an endless feast for the eyes […].”

“Innovative and very funny in many ways, thanks to the kaleidoscopic movements of the lights created by Marco Alba and the scenery by Ondadurto Teatro (making their operatic debut here, a company that specialises in urban theatre), this show – which needs to be repeated and soon – brings the talents of directors Marco Paciotti and Lorenzo Pasquali to the fore. The costumes by K.B. Project, as well as the hairstyles, recall Sergio Tofano’s art deco style and his Signor Bonaventura – all created using a few moving elements and a handful of mimes, the results of which were loudly applauded by the young audience.”

“This modern rendition is remarkable for more than one reason: the scenographic effectiveness and musical pleasure […].”

“[…] this production, proposed as part of the Donizetti 200 project, is like diving into a carnival, thanks to its lights, colourful costumes, lights (sic) and moving projections, which give a new, comic dimension to the work.”

“This libretto, based on stereotypes and absurdity, is very well set in the context of geometrical shapes, bright colours, abstract projections, as well as the observant manners of a young man who will soon give rise to his genius, which are effectively represented in the action on stage, dressed in cutting-edge avant-garde and alienating abstraction.”

“[…] a staging of great liveliness and movement, which offers the public a three-hour show of great charm and grace.”

“The result is a colourful show that takes the viewer into a setting inspired by the Russian artistic avant-garde. Focusing on geometric shapes and projections, with a minimalistic style, even the background stands out with iridescent colours.”

“The result was a combination of colours and liveliness, which did not overwhelm the essence of the music […] and the libretto, accentuating the farcical aspects, but without overstepping the bounds with action that seemed extraneous to the narrative logic – rather, it helped clarify the internal dynamics of the plot.”

“Judging by the result, it would seem that the two Roman directors […] have never done anything other than directing Operas, for their theatrical tempo coincides so much with that of the music, living in perfect harmony.” 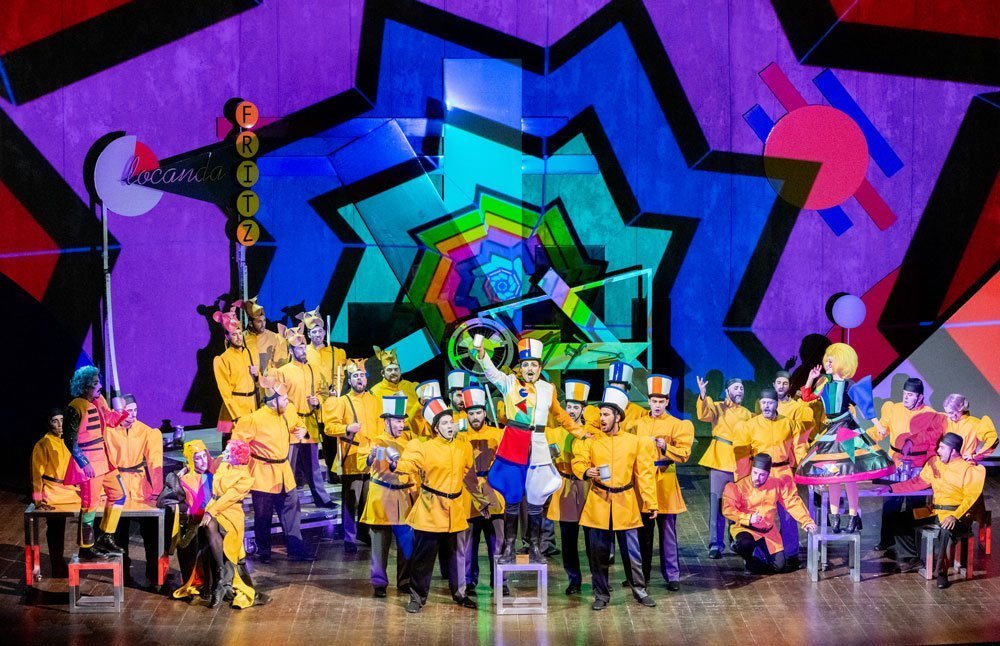 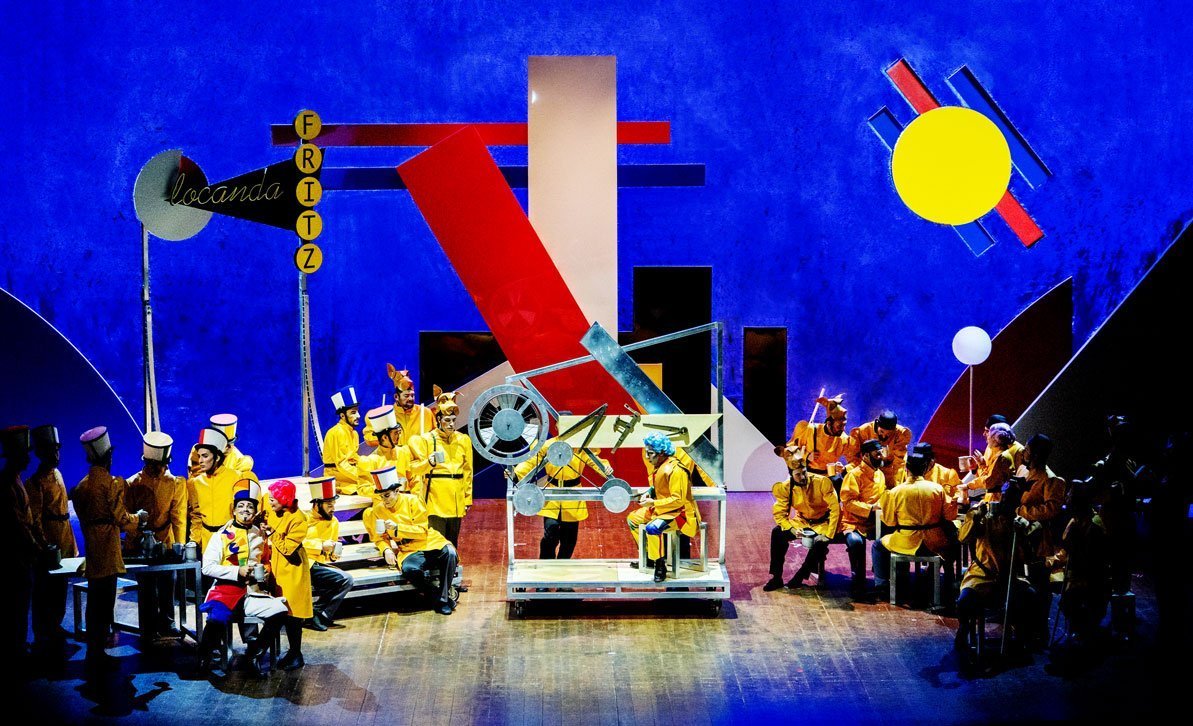 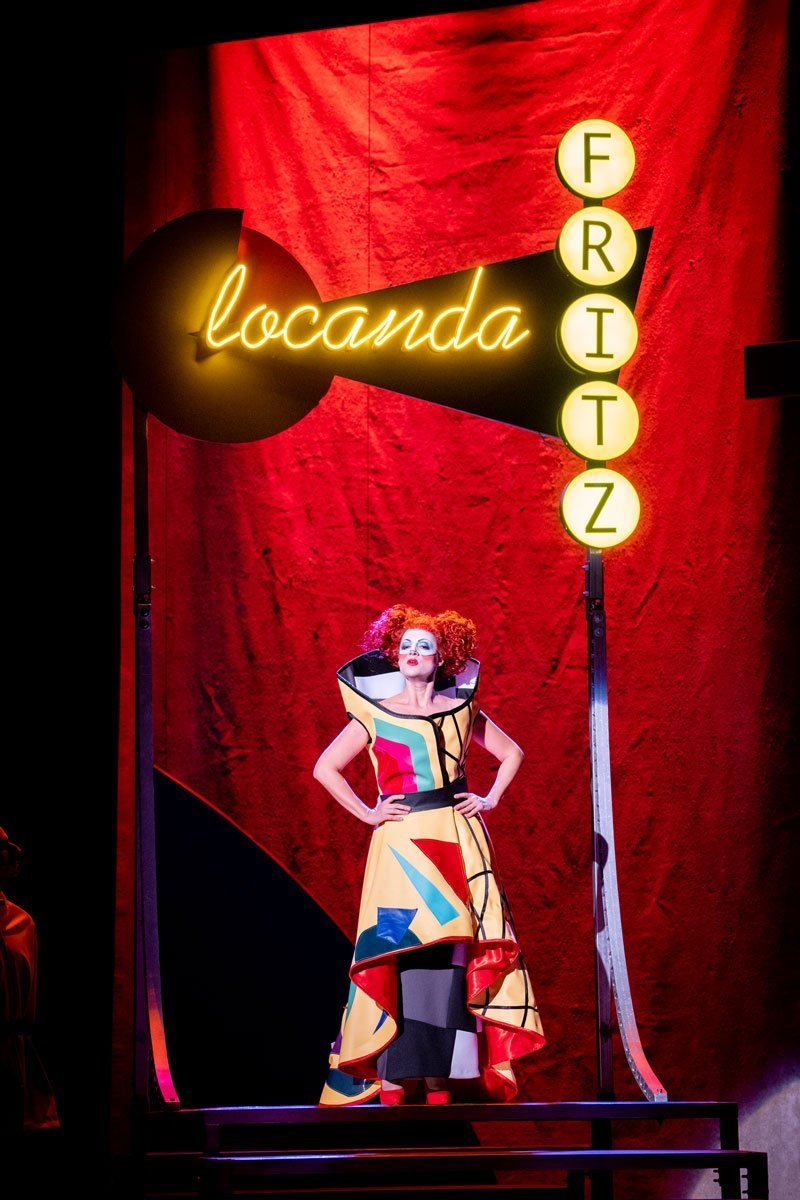 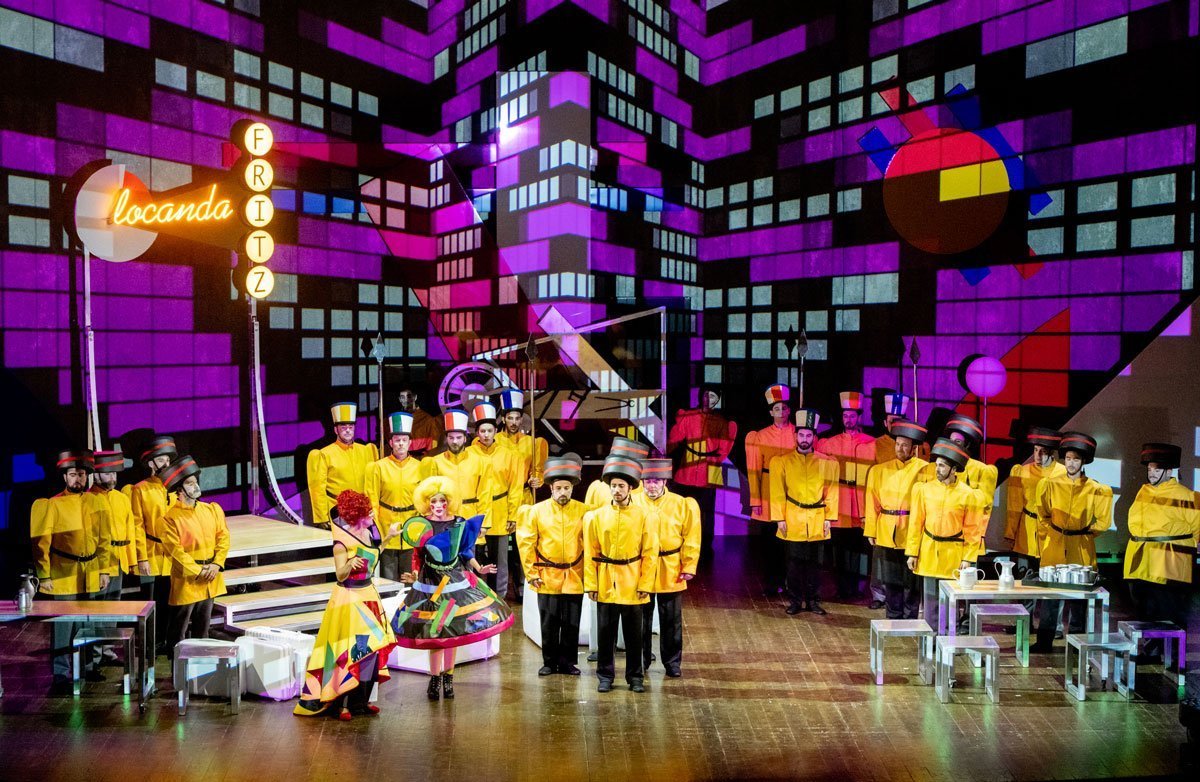 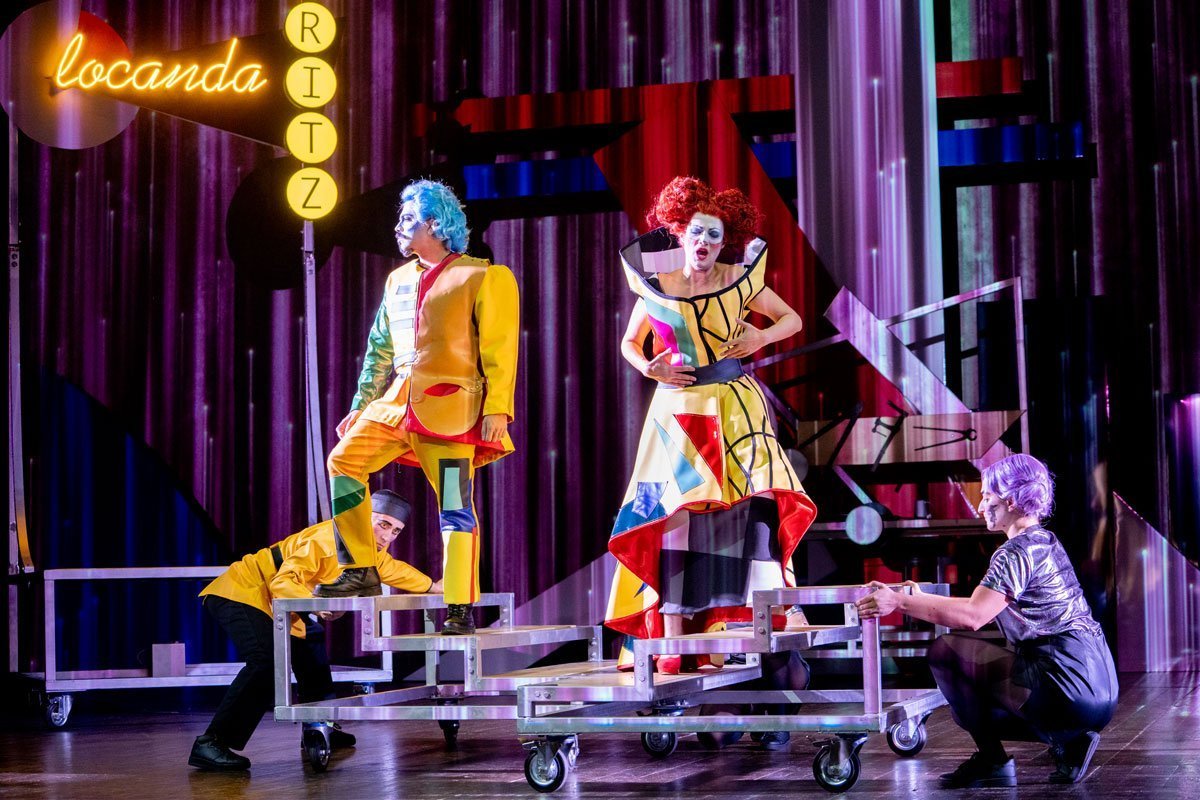 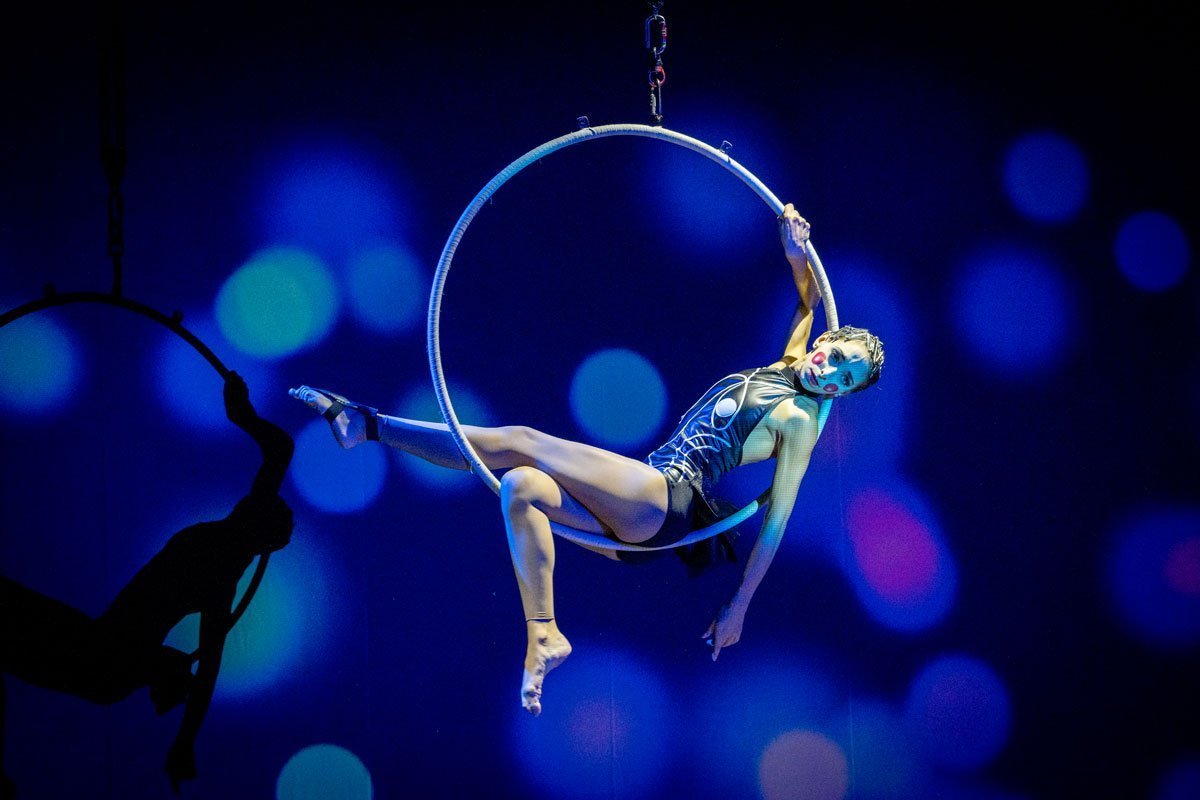 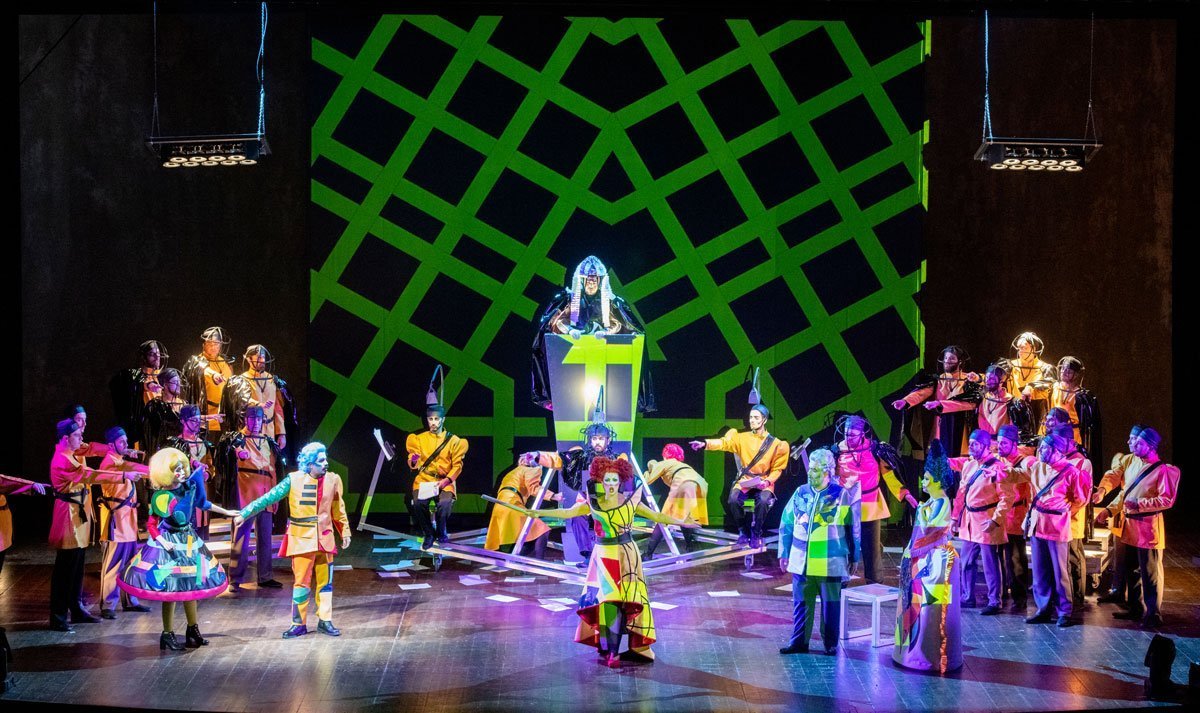 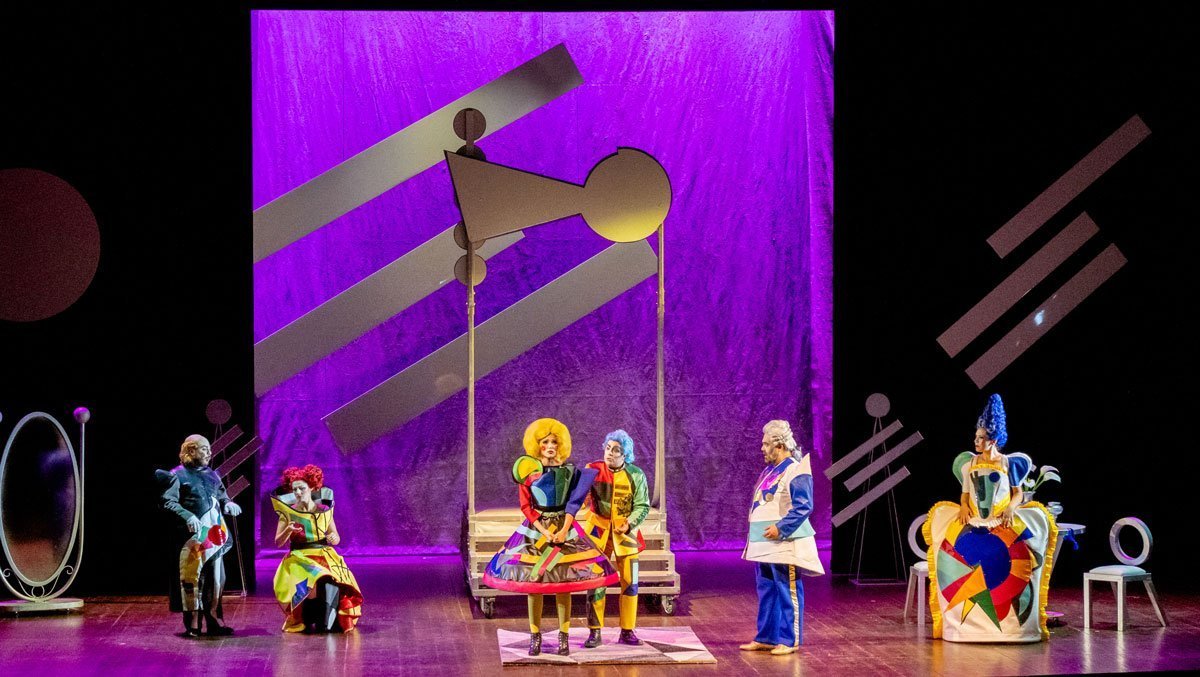 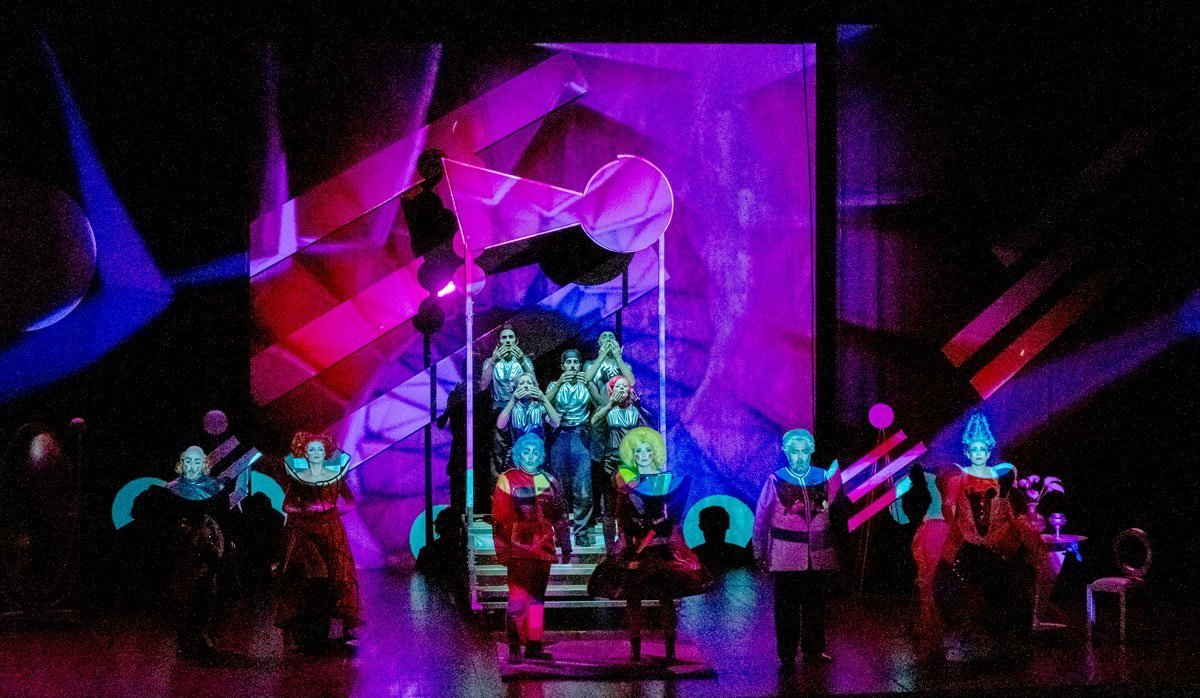 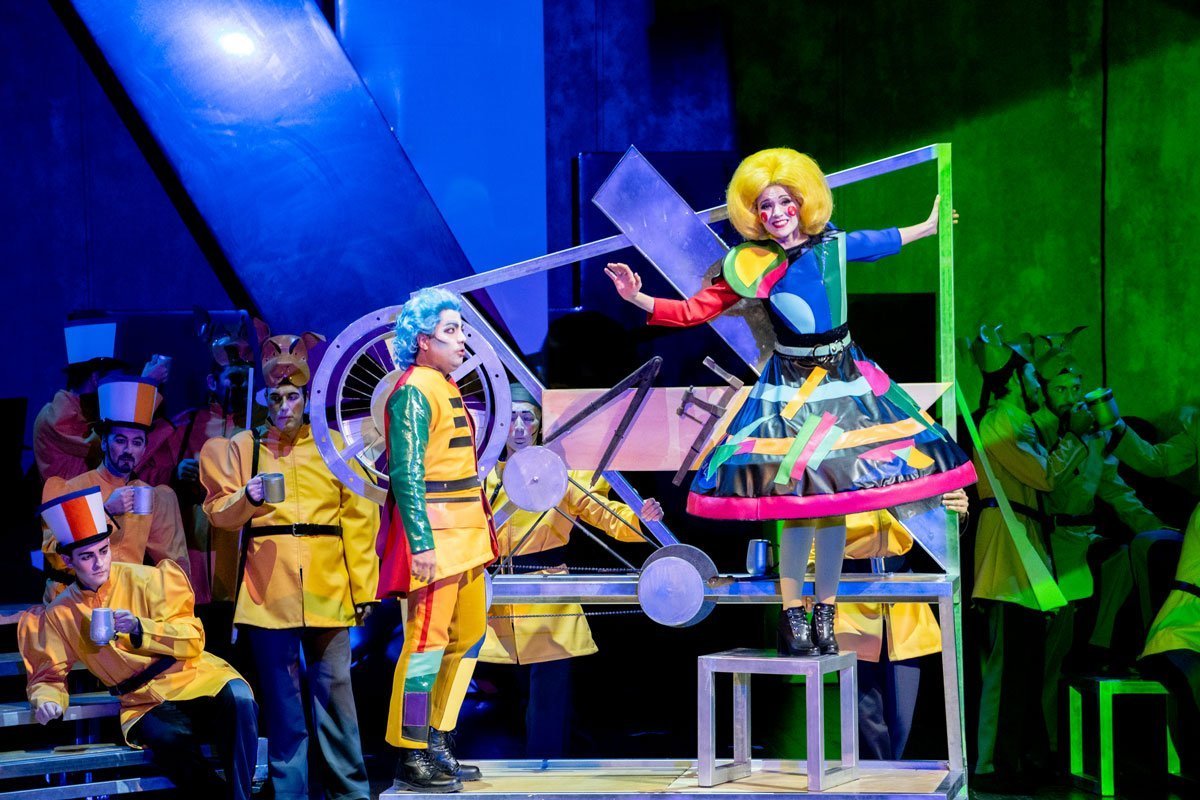