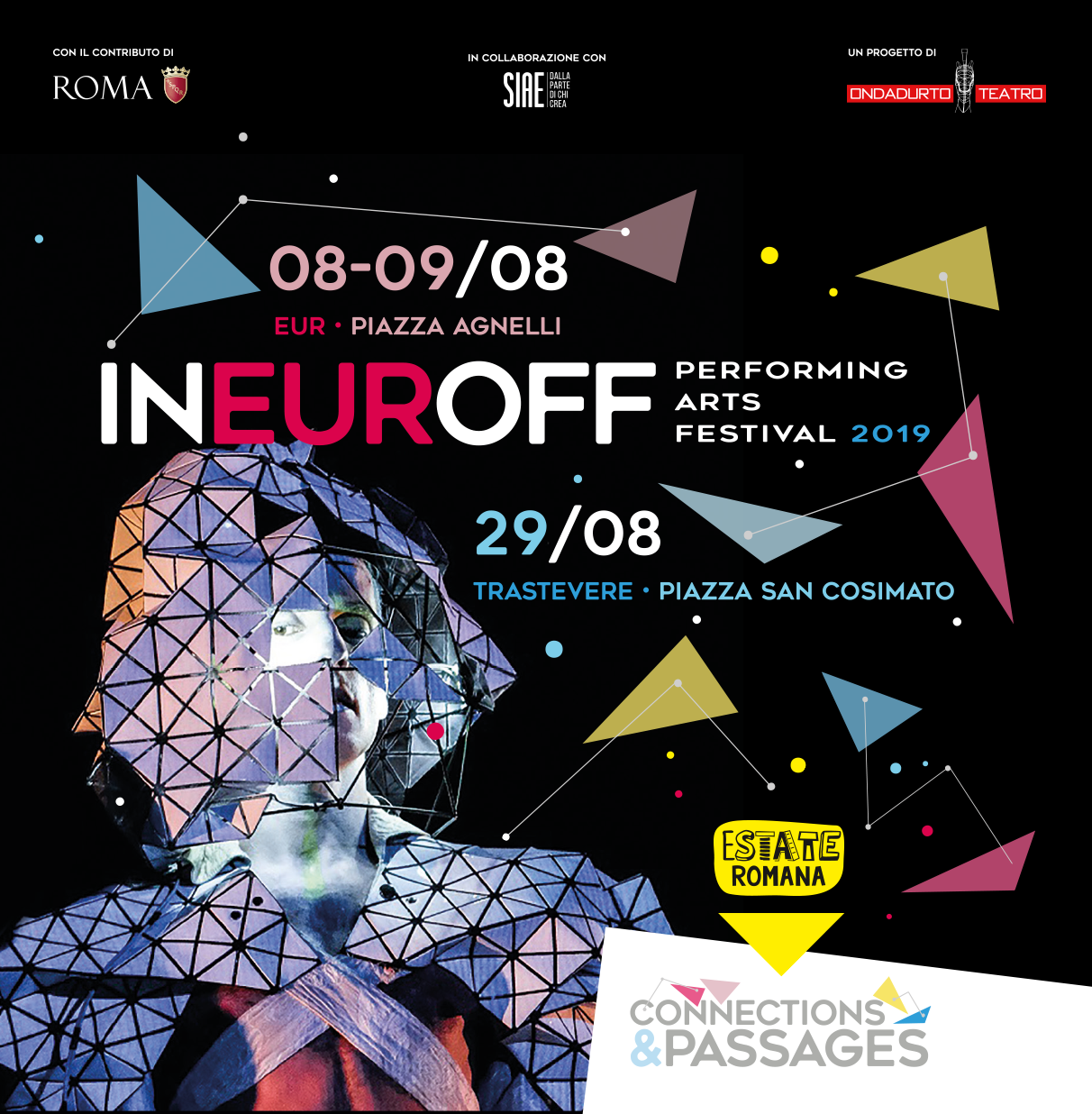 The INEUROFF Performing Arts Festival is an encounter between different languages of expression in an urban setting, including site-specific theatre, classical music, aerobatics, documentary films, large scale shows, dance and nouveau cirque. The spaces selected to host these events play a vital role: EUR and Trastevere.
EUR, is the cornerstone of the Roman Business District. Due to its unique architectural features, EUR offers the ideal proportions and theatrical backdrop to breathe life and vitality into various kinds of artistic productions, such as large-scale spectacles and site-specific shows.
Trastevere is a charming, medieval neighbourhood in Rome. This formerly working-class area is famous for the impassioned temperament of its residents and its heady nightlife. INEUROFF ’s uniqueness lies in its multidisciplinary nature, with events that make use of specific techniques and languages and/or mix multiple forms.
All this and more can be found at the INEUROFF Performing Arts Festival!
This project is made possible thanks to the support of Roma Capitale (Rome City Council). 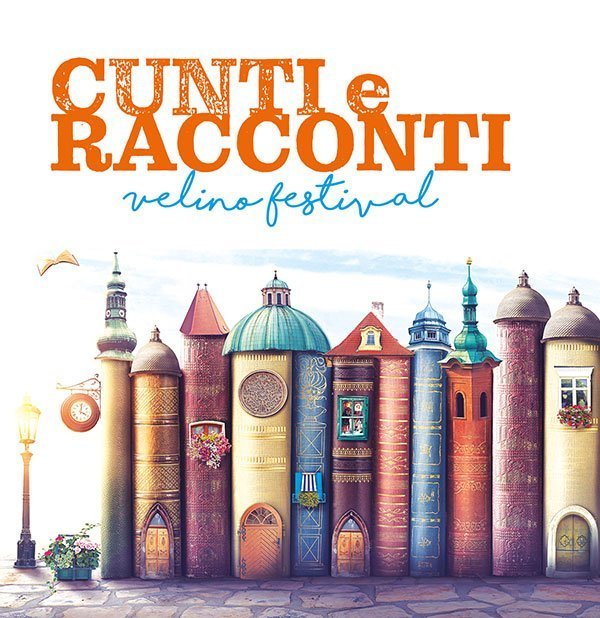 A festival that takes place throughout the year, with various events gathered together under the title Cunti e Racconti. Tales of events from the distant past, which still seem so close, and traditional magical legends that continue to live on in our memories.
A journey that is presented through various narrative elements and techniques: from performing arts to nouveau cirque, from dance to video, music and drama.
Where does the festival take place? The areas hit by the most recent earthquake are transformed and reinvigorated thanks to the arts.
In collaboration with MiBAC (Italian Ministry of Culture) and the Lazio Region, this festival aims to help reshape and rebuild the life of the communities where the various events take place.
This project strives to develop the performer-audience relationship through unconventional and innovative means, in order to preserve, enlarge and diversify the audience, and to foster intercultural dialogue and respect between people of different cultures.

The INBORGO Performing Arts Festival is a real mix of urban and narrative theatre, new circus, performing arts and video art, where various genres are combined to celebrate the encounter between different forms of expression.
The ancient villages of Borgo Velino and Antrodoco in the Lazio Region play host to a schedule of events that generally include 3 days of performances, 7 days of national and international workshops, a programme of events by national and international theatre companies, featuring over 40 artists, which injects renewed vigour and energy into these ancient places.
The project “uses” public spaces that have been redefined by urban transformation – such as pedestrian zones, squares, market places, cultural centres and un-conventional venues – where it is possible to encounter an expansive and varied audience.

Urban spaces are going through a process of change and transformation: Contact Zones provides a dialogue with this process, developed through a number of different forms, aesthetics and experimental ideas, in order to create new points of view and to provide unpredictable answers. Let’s redesign and rewrite mental and physical limits, with the aim of establishing a new era in urban space, where community, sustainability and beauty are the keywords.

The outbreak of ethnic and religious conflict, tensions caused by mass migration, environmental crises and war – all these issues made us realise how important it was to confront our problems with ‘the other’ and to learn one of the most important skills we will all need in the near future: the ability to live and build relationships in a multi-ethnic society.

This is not a common project of creating art in areas in need of social and urban redevelopment, rather it is an experience that brings art into areas where it usually doesn’t have a place, into surreal environments, which are, at the same time, so real as to leave the spectator dumbfounded and shocked.

This project involves a Romani Community, and gives rise to a cultural exchange, and an encounter between different societies and peoples.

Started in 2006, the project continued until 2017, in collaboration with several foundations and public institutions, with the goal of involving an entire community in the artistic creation process.

A project as an instrument of cultural exchange.

In collaboration with Periferie Artistiche, this art residency project lead by ONDADURTO TEATRO offers residencies for international artists who want to investigate the concepts of Circus and Urban Theatre. Multidisciplinary projects are encouraged.
The venue is an ancient church that has been transformed into a theatre, in a small village in the mountains close to the town of Rieti: Antrodoco. At the same time, squares / riverbanks / parks are all available to trial / rehearse  works in progress. In order to create new performances, international companies and artists will be given artist-in-residence accommodation for a minimum of 15 days. The creative process will involve interaction and co-operation with the local community.
Each step in the creative process of the project will be presented to local audiences through an open work session during the residency period.
These opportunities to meet the audience will be used also as occasions that allow artists to present and share techniques and methods.
Each project will be managed and curated individually, both during the residency and subsequent touring.

Are you interested in our projects?
Send us a message  and we’ll get back to you A.S.A.P.
CONTACT US