A show that premiered in New York City at La MaMa Theatre.
An original multimedia piece that brings to life a fierce investigation of identity, set in an atemporal society, which could possibly the future.

“A sense of identity that is disjointed and disintegrated, like a puzzle with difficult and ever-changing solutions”.
To what extent does what we really are identify us, and how much, on the contrary, does it categorise us?
Terramia is an original multimedia piece, accessible to a mixed, international audience, which brings to life a fierce investigation into the lack of identity through the use of contemporary scenographic language.

Spectators re-evaluate their knowledge of humanity through the eyes of an android who learns about the personal daily lives of various characters.

A common trait of each character is the solemn march towards a loss of individuality, towards a sense of identity that becomes increasingly fluid and changeable.

The show is made up of a successive series of tableaus, which represent fragments of real life, contemporary situations narrated using surreal and postmodern settings, in a language that is ironic and, at times, grotesque. A potential future that acts as a mirror of our present.

We move a few years forwards in time, we envision a potential future, a mirror of the present.
And what if what was observing humanity was not us, addicted to ourselves, but the eyes of an android?
She awakens for the first time, totally unaware of the world around her.
Her creator proceeds to input data about the human race.
Thus Erica, the android, with an innocent, child-like expression, begins her discovery of humanity.
But to what extent will the characters that populate this journey of discovery be whole, to what extent will they be crushed by and within their own identity?
On her journey, Erica meets a young woman who tries to be a “simple” exterior image, tries to identify herself purely in terms of appearances; a veteran who fears everything that is not found on the battlefield, unable to relate to his new everyday life as a civilian “at ease”; a young man/influencer guided by surreal TV assistants that tell him how to be IN and how to get more LIKES when, in reality, he is nothing but an outer shell filled only with loneliness, without any sense of belonging.
You will discover what a man “should” be and what a woman “should” be in a society that establishes these rules from the very first months of life. And then, an individual who is a man by day, to fulfil his social “obligation”, and a women by night, to remain faithful to her inner being; a married couple in which domestic stereotypes are transformed into a grotesque image, in an escalation of brutality.
Alone, Erica finds herself for the first time out in the real world and here she meets a woman.
Erica sees herself reflected in this woman, finding an essence that carries with it the pain of a lost love.
Our android tries to alleviate the woman’s pain by giving her a realistic projection of her lost love. And this is where Erica discovers the beating heart that moves and animates human beings.
A small light is transformed in her, her robotic heart disappears, Erica is a part of the world and slowly she humanises her own essence.
But from here, the path leads us into a dystopian near-future time where one man’s life is entirely organized by an artificial intelligence that accompanies him; a world where everything has become commodified; a bourgeois sitting room where the game that will determine the fate of the “pawns” is in the hands of 3 powerful individuals… beneath them, a population who are the human pawns of an atrocious and insane game of carnage.
In the end, what is left of these identities, of these individuals, their bodies and their lives? Is there any possible escape? Perhaps…the answer depends on us alone.

STAGE MACHINERY:
The scenery and theatrical machinery create, modify and distort the scene, creating a single sequence shot where the space itself becomes a pulsating and dramatic element.

The background is a rarefied environment, a black and white world punctured by splashes of vivid, brutal, harsh and glittering colours.
It is the performers – both actors and manipulators at the same time – who move these structures and create and destroy the various settings and planes of action.
The performance is staged around a central structure made up of modules.
These modules, which have various shapes and forms, and all of which are movable, function like cinematic dollies and create visual effects similar to long shots, close-ups and details, allowing the characters and spectators to continually change their respective points of view, although each from their own perspective.

VIDEO IMAGES AND GRAPHICS:
Video, just like music and set design, is an essential part of the language used and, at various moments, takes on the role of the setting, text, allegory or even a character itself.
Video images and graphics are used to enrich the scene, creating innovative synergy.
Moving screens, structures and the bodies of the performers themselves become the surfaces through which the images come to life in an ongoing dialogue. Through the interplay of transfigured proportions and extreme close-ups, the protagonists create and destroy the spaces and stories.

An explosive cocktail of ferocious levity that should be absorbed in a single breath. Seventy-five minutes of heart-pounding action and suspense that is more than capable of disturbing the most peaceful of certainties: who are you, who am I?

Strandgut. Das Kulturmagazin – Germany
(“This theatre company, already critically acclaimed in New York, has staged a powerful play on the role of the individual in a society that is increasingly manipulated by mass media, nationalistic concepts and ideologies. A firecracker of a show”.)

Il Messaggero – Italy
(“… an investigation about identity, or rather about its absence, in a crescendo of video-projections and musical notes, mixing an original soundtrack with well-known tracks, which drags the audience into a timeless noir …”)

la Repubblica – Italy
(“… [the show] is an anthropological, phenomenological, physiognomical and dystopian statement that will cause perceptual bewilderment in the audience.”)

Online Review – USA
(“… the production makes superb use of integrating text, movement, music (original and recognizable) video projections, split screens, machinery, strobes, large moving platforms on wheels that transform into many configurations and a series of vignettes of contemporary situations that engage and frequently enrage.”)

Time Out New York – USA
(“The Italian physical-theater company ONDADURTO TEATRO imagines human life through the eyes of a robot in a multimedia performance piece.”)

Tg3 – RAI 3 (National Television) – Italy
(“…Thanks to the show TERRAMIA, the ONDADURTO TEATRO company presents a symbolic journey trough what is taking place in the present-day and what humanity is become in the quest for the perfect image, featuring the large-scale use of lighting, video projections and special effects.”) 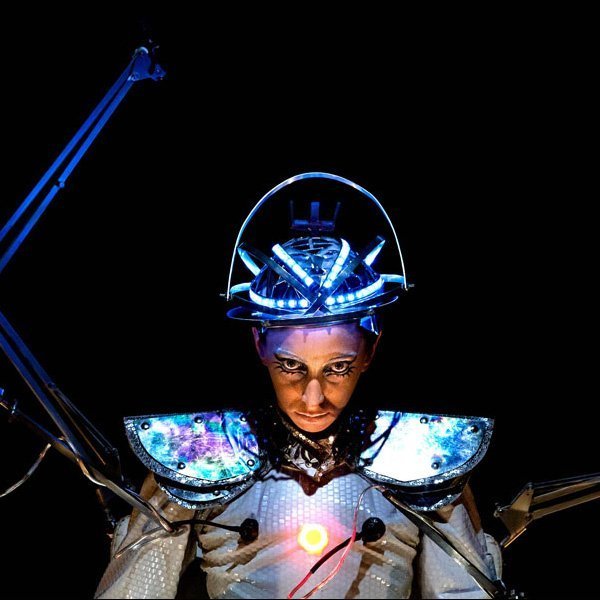 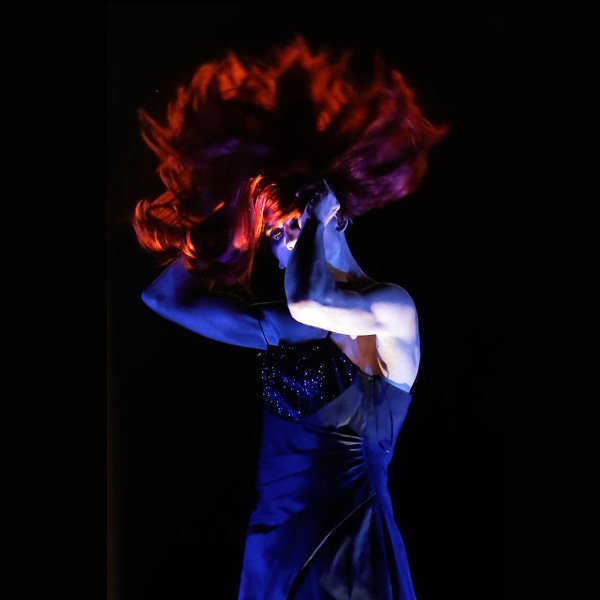 Do you want to see other videos of the show? Go to our dedicated section, where you can see excerpts from the show, and much more …