THE WOMEN OF ULYSSES

“THE SWEETEST VOICES ARE THOSE THAT ARE ALWAYS SILENT…”
C. P. Cavafy

What could be more contemporary than Nausicaa’s yearned-for but never declared love? How many of your hearts out there quiver intensely for an impossible love? Or perhaps there are some of you who, like Circe, pursue your independence? And how many of you are like Calypso, forced to accept that the person they love loves someone else? Or, like Penelope, some of you may be looking for a unique, inescapable kind of love that you would go to any lengths to protect?
It is remarkable just many different forms of love the great poet Homer managed to unveil. How many more nuances are still to be discovered… this is the story of Odysseus, or Ulysses, except it is told through other eyes, other hands, other voices.
THE WOMEN OF ULYSSES is a show about myths and legends told by a drag queen.
A project of belonging and self-determination that makes use of Homer’s ancient words to inspire and teach values, such as acceptance, tolerance and love, which go beyond appearances.
The aim of the show is to do what drag queens have always done: communicate the concept of inclusion by combining irony and pop culture with a satirical edge to tackle all the prejudices, falsehoods and social impositions that are typical of contemporary society; in this case, in particular, issues related to gender roles, which are mocked and distorted in drag, revealing the very nature of the social construct. All this is done through the reinterpretation of the female figures from Homer’s Odyssey.
This show follows in the footsteps of the events first experienced in San Francisco years ago and later exported all over the world.

Odysseus is known for his epic journey, his courage and his valour. But how would the women who inhabit Homer’s Odyssey describe his story?
Shy voices, but first-hand witnesses of the events, which can perhaps shed new light on different nuances, hidden desires, unexpected passions, and divided and reunited love.
Many women who made Odysseus’s return to Ithaca possible.
First, we have Circe, the ruthless charmer. Even she, who has always despised men and transformed them into animals whenever possible, sees something different in Odysseus, and thus decides to help him.
Then there is Calypso, who keeps him with her on the island of Ogygia for seven years. She falls in love with him, takes care of him and gives him everything her island can offer.
Then, Nausicaa, an immature but powerful seductress. For her, it is enough just to listen to Odysseus’s tales every night. She experiences her love intimately, privately, and does not confess it to anyone, but she sighs at the sound of his voice.
And finally, there is Penelope, his first love, his eternal love. It is she who waited for Ulysses’s return for twenty years.
Our hostess is the Goddess Athena, she has the task of keeping the various threads of our story together. Using Homer’s words, but retold in a contemporary language that winks at the style of a modern TV presenter or, at times, takes on the role of a sports commentator or even a moderator at a debate, who enters into a direct dialogue with the public, we are led through the various tableaus inhabited by the real protagonists of our story… the women of Ulysses. So, we will listen to what they have to say about this long journey.
… “women sing to us, oh goddess …”

IMAGES AND VIDEO:
Closely linked with the dramaturgical structure, video projections are an integral part of the show, as is the accompanying music. These video projections make use of different scenographic spaces that take advantage of both solid surfaces and voids in the scenery, so the images appear to be dismantled, transformed and multiplied.
The projected images create truly virtual scenes that are in continuous transformation.
At times they are projected on to a fixed screen, but sometimes even on to the performer’s body.

MUSIC:
Music completes the relationship between the different means of communication. The tone of the soundtrack creates a highly evocative and emotional immersive experience, arranged in such a way that it becomes a true dramatic element. In addition, the overall soundtrack is integrated with contemporary sounds for a unique live experience exploring themes of modern alienation.
The vintage flavour of the whole soundtrack, offset by pieces arranged specifically for the show, gives life to a composition that becomes a real dramaturgical element.

SCENERY:
The use of machinery and objects in movement stems from and continues to develop the research conducted by ONDADURTO TEATRO during all its previous productions. A choice was made to empty the stage of scenery and focus the layout of the stage design around a central element. A simple platform that will be transformed and manipulated through the action on stage, becoming a marriage bed, a podium, a television studio or an island surrounded by the sea.
The space of the stage itself becomes a structural element, punctuated by flat surfaces and different levels, passageways, solids and voids. It is a communicative space that, thanks to the live movement of the bodies of the performers on stage, constantly characterises the show.

LA REPUBBLICA – Italy
A journey through myths and legends told by a drag queen […] a project of self-determination. 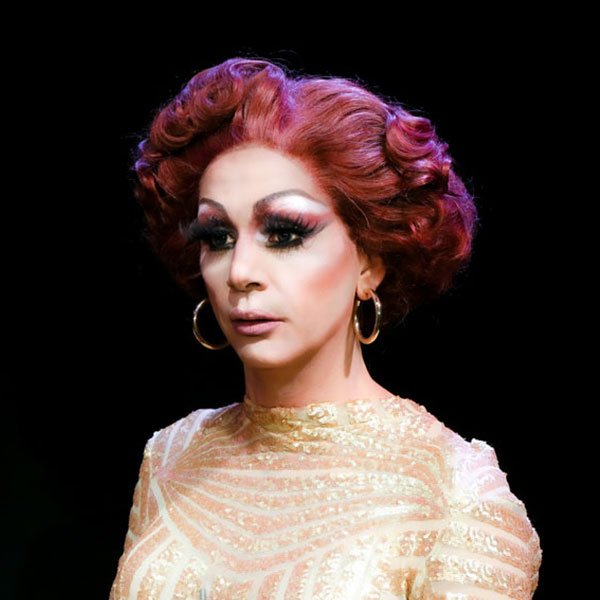 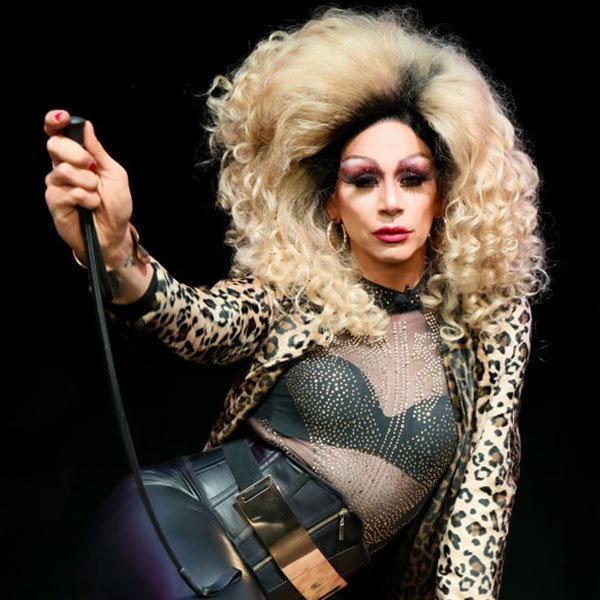 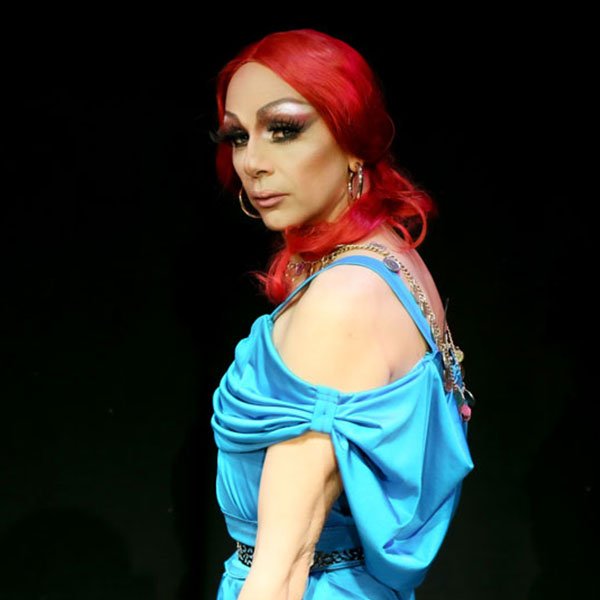 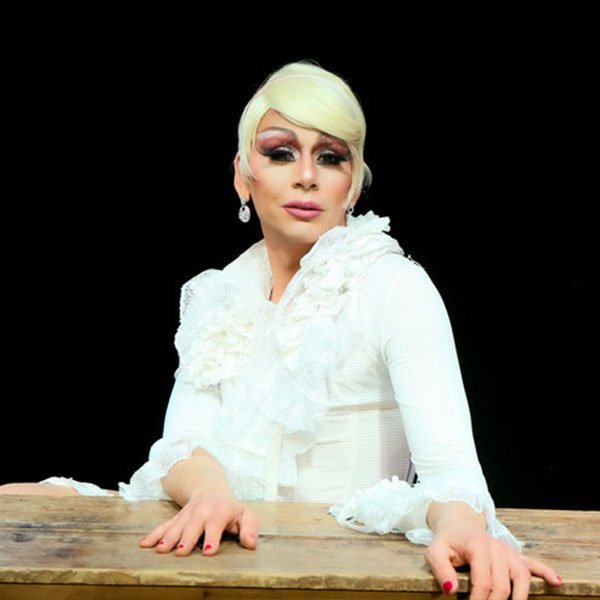